The Maharashtra State Government scrapped the 70:30 region-wise formula for MBBS admission in medical colleges in Maharashtra. Admissions will now be based on the NEET UG results. Announcing this in the State Legislative Assembly, Medical Education Minister Amit Deshmukh called it ‘One Maharashtra, One Merit’.

As per the earlier policy, 70% of MBBS seats in medical colleges in Maharashtra were reserved for the students in their districts. The rest of the seats were open to other students from the State. For medical colleges in Maharashtra, the State Medical Education Department has divided into Marathwada, Vidarbha and the rest of the Maharashtra (ROM). Students and parents have been demanding that the policy be scrapped as it was not advantageous for meritorious students from Vidarbha and Marathwada, which have less colleges. Now, the new policy will allow students to get MBBS admission in the college of their choice.

A parent representative termed the move a ‘win-win’ for all, but also felt that the students from Marathwada and Vidarbha who are not in the top category list might lose chances of getting seat they had in Government medical colleges in Maharashtra.

The Director of Directorate Medical Education & Research said ‘One Maharashtra, One Merit’ principle will be implemented from 2020 academic session. He mentioned that the decision to reserve 30% state quota seats was taken in 1999. Before this, 100% seats were filled only by the local students from the respective University zones. The meritorious students from other zones were deprived of MBBS seats in better medical colleges in Pune, Mumbai and Nagpur.

He also mentioned that over a period of time, the policy was being misused as students migrated to other cities for their SSC and HSC examinations and claimed domicile of that region only to get a seat under 70% regional quota. The ROM has 13 Government medical colleges and 11 Private medical colleges. It has some of the most sought-after colleges attached to KEM, Sion, JJ Hospitals, Nair, etc. while Marathwada has four and Vidarbha has six Government medical colleges. In fact, Marathwada did not get a single new college over a period of 5 years with zero increase in 70% quota seats.

The National Testing Agency (NTA) has released Draft Answer Key for NEET UG 2020 which was conducted on 13 September 2020.

NMC to function as top medical education regulator in India

The National Medical Commission (NMC), a new body, will function as the country’s top regulator of medical education from 25 September 2020.

The National Testing Agency (NTA) is once again providing the facility for making corrections in the particulars in the NEET Online Application Form.

Fresh online applications are invited from eligible students for MBBS admission in medical colleges in Kerala who have not yet submitted applications to the CEE under KEAM 2020.

Important Notice on Change of Exam Centre for NEET 2020

The Delhi High Court has been informed by MCI that all candidates, who are taking MBBS admissions abroad can go on the condition that they qualify the NEET UG this year or in 2021.

The Medical Council of India Board of Governors and the Central Government have given their recognition nod to the eight 2-year Diploma courses (Post MBBS) granted by the NBE.

NTA says No Further Postponement of the NEET UG 2020

The National Testing Agency has made it clear that NEET UG 2020 will be conducted as scheduled and no further postponement will be considered.

After the Honorable Supreme Court refused to postpone NEET UG 2020 entrance exam, the Center has finalized the safety protocol for the students appearing for the exam.

The Honourable Supreme Court dismissed a petition seeking further postponement of NEET UG 2020, scheduled to be held on 13 September 2020.

The NTA told the Honourable Supreme Court that it is not possible to hold NEET UG 2020 overseas as the examination is conducted in pen and paper-based mode.

NEET UG 2020 Preparation begins in the State of Kerala

The Kerala Government has issued strict guidelines for NEET UG exam and already begun preparations for the conduct of the exam on September 13, 2020.

The Medical Council of India (MCI) has received frequent communications from Foreign Medical Graduates regarding acceptance of their Internship.

SC seeks response from the Centre, MCI and NTA to a petition filed by the parents of over 4,000 NEET students on allocating NEET UG exam centers in Gulf countries. 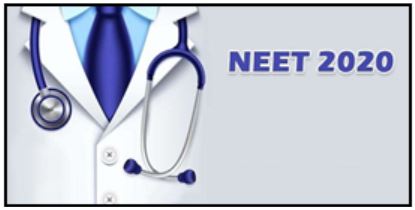 The HRD Minister has announced the revised date on 3 July 2020 evening. NEET UG which was scheduled on 26 July 2020 shall now be conducted on 13 September 2020.

Sikkim Manipal University has started inviting applications for the MBBS admission for the academic session 2020-21.

The Punjab Government as per the cabinet decision of May 27, announced to increase the fee in medical colleges in Punjab for the MBBS course.